The use method and structure classification of vertical milling machine

How to Make Good Use of Milling Machine General Codes G28, G30, M06

Bench drill is a small hole processing machine tool with small volume and simple operation. It is generally installed on a special workbench. It is used to drill holes on small parts. It is a small drilling equipment. The general processing range is less than 25mm. The height is generally less than 1.5m. Most of the height is 1m. It is mostly placed on the workbench, and the power transmission is mostly belt transmission. It is used for drilling small workpieces, It can be used on the case and is suitable for drilling holes with a diameter of less than 30. 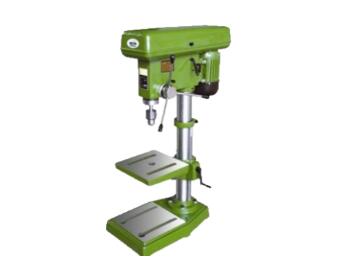 Vertical drill: it is used to drill holes on small and medium-sized parts. It is a large drill for preparation. The general processing range is more than 25mm and the height is generally more than 1.5m. It is generally placed on the ground. Power transmission is mostly gear transmission. It is used for drilling, reaming and reaming larger workpieces. It has strong stability, high precision and strong drilling strength. It is suitable for drilling workpieces with diameter less than 50 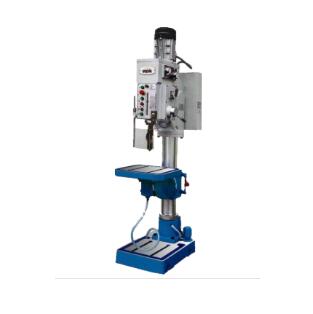 Rocker drill is based on the general drilling machine. According to the special situation, it is planned and manufactured in the workpiece to be processed or processed, so it can meet the specific processing requirements. In order to meet the demand for the general, the volume ratio of hydropower generation is large, and the weight can reach several tons or even dozens of tons. It is used to drill holes in large parts. It is a large drilling equipment. It is characterized by long arms, generally 0.7m, 1M, 1.3m, 1.6m and larger. That is to say, the size of the machine column from the spindle centerline is relatively large and adjustable. Bench drill and vertical drill generally do not have this function. As for rocker drill, it is suitable for adding to workpieces with relatively large overall size, The processing capacity is generally below 60mm. The power transmission is mostly gear transmission. It is used for drilling multiple parts of large workpieces, with strong flexibility and convenient operation. 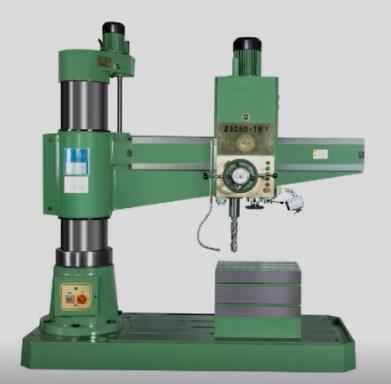