Focus on large-scale CNC lathes/precision roll grinders to lead the production and research and development, a cradle enterprise specializing in the production of large-scale horizontal turning lathes in the Northwest region, and a national industrial test base for automatic low-pressure casting machines. 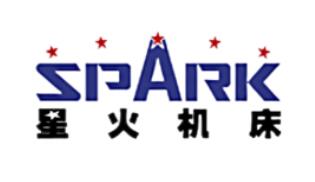 Tianshui Xinghuo Co., Ltd. was formed by the restructuring of the original Tianshui Xinghuo Machine Tool Plant. It is a cradle enterprise specializing in the production of large-scale horizontal turning lathes in the northwest of the country. It has a history of more than 40 years. At present, it has developed into one of the manufacturers of heavy-duty horizontal lathes, the leading manufacturer of large-scale CNC lathes and precision roll grinders in China, the “Eight King Kong” enterprise in China’s machine tool industry, and the national industrial test base for automatic low-pressure casting machines.

The company has 1,210 employees. Registered capital: 50 million yuan. Total assets: 630 million yuan. Asset-liability ratio: 49%. Bank credit rating: AAA. Area: 408,000 square meters. Technical equipment: It has more than 800 sets of metal cutting and tooth profile processing equipment, and a resin sand production line with an annual output of more than 20,000 tons of castings. It has an annual production capacity of more than 1,200 sets of products. The company has strong product development capabilities and manufacturing capabilities. Products are widely used in aerospace, aviation, automobiles, rolling stock, gas turbines, military industry, petroleum, steel rolling, papermaking and other industries, covering all parts of the country, sold to domestic provinces and exported to more than 40 countries and regions such as the United States, Germany, France, and Japan. . The company’s technology center is a nationally recognized enterprise technology center. Three joint technology centers and one sub-center have been established in Xi’an, Lanzhou and Shanghai.