Metal sawing in the traditional sense is often regarded as a simple cutting process. As the modern manufacturing industry develops in the direction of high efficiency, high precision and economy, sawing, as the starting point of metal cutting, has become an important part of the process of parts processing. Sawing can save data, reduce the amount of secondary processing, and improve the output power. Therefore, sawing machines, especially automated sawing machines, have been widely used in various fields of the national economy such as steel, machinery, cars, shipbuilding, petroleum, mining, and aerospace.

Although the history of CNC sawing machine development and coverage is relatively short, the technology has made significant progress. In the 60s of the last century, it took 15-20 minutes to intercept 150mm 45 gauge steel. Today, it only takes 1.5-2 minutes. The power has increased by 10 times in the past 30 years. Band sawing machines also have significant advantages in the utilization of data. For example, the band sawing machine can save 56% of the original data compared with the bow saw, and it can save up to 87.5% of the original data compared with the circular saw. . It can be seen that the band sawing machine has the characteristics of fast cutting speed, high scale accuracy, and small data loss. In addition, this kind of sawing machine has wide adaptability, low power consumption, simple operation, easy protection and angle cutting, so it has become more and more widely used. 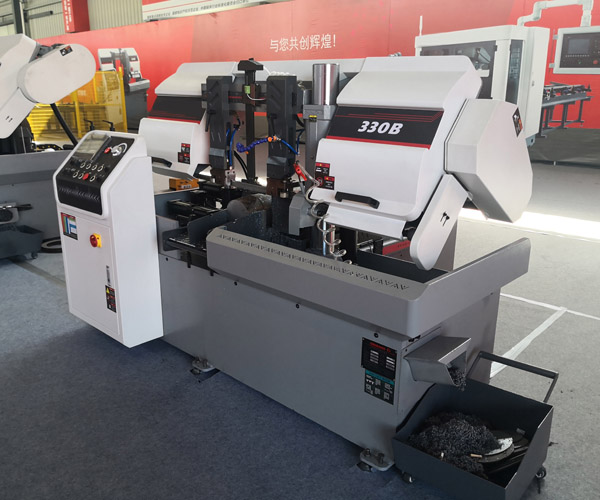