Precautions For the Use of CNC-D2020 CNC Drilling Machine

Gantry milling machine is suitable for a variety of processing

How to solve the common cracking problem of band saw blade

See the world of bearings from numbers

Bearings vary in size from small to large. The smallest “miniature bearing” in the world has an inner diameter of 0.6 mm × an outer diameter of 2.0 mm × a thickness of 0.8 mm, and is used in micro motors. The large bearing, with an outer diameter of 6 meters and a weight of more than 15 tons, is used in large-scale shield machines for tunnel excavation. This type of shield machine was used when digging a cross-sea tunnel under the Strait of Dover, which connects Britain and France, and this type of large bearing was used.

Dental drills (commonly known as dental handpieces) used by dentists are equipped with bearings that can rotate at super high speeds. These are two super-precision bearings with an inner diameter of 3.0 mm × an outer diameter of 6.0 mm × a width of 2 mm and a steel ball diameter of 1.0 mm. They can rotate at an astonishing speed of “400,000 revolutions per minute”, which greatly reduces the vibration of the dental handpiece, thereby greatly reducing the pain of the patient during treatment.

The steel ball rotates at 160 meters per second

The main shaft bearing for the jet engine V2500 of an international airliner has a rolling speed of 160 meters per second, which is equivalent to a speed of 580 kilometers per hour. It is precisely because of the use of high-performance high-speed bearings that the engine can run safely for a long time and safely send passengers to all parts of the world.

“The accuracy of the machine depends on the rotation accuracy of the bearing”, this is no exaggeration. The two ends of the rotating shaft are supported by two bearings. If the shaft shakes greatly, the mechanical performance cannot be improved. A computer external storage device that uses ultra-precision bearings is a “hard disk”, and the amplitude of its axis is less than 100 nanometers (1 nanometer = 1/1000000 mm). The key to achieving such ultra-high precision is the precision of rolling elements such as “steel balls” and “rollers”.

Can work in space for 15 years

The development of the universe is also inseparable from bearings. Weather forecasts, satellite broadcast and television signals, and car satellite positioning information are all provided by artificial satellites orbiting the earth. The satellite is equipped with a gyroscope to maintain the satellite’s attitude and heading, and the gyroscope is equipped with ultra-precision bearings. This kind of bearing can work continuously in space for 15 years.

The world from minus 253 degrees to minus 500 degrees

The bearing in the liquid fuel pump of the aerospace rocket is the bearing with the lowest temperature. This kind of bearing works in liquid hydrogen at minus 253°C. The bearings used in high-temperature environments are typically represented by special high-performance bearings in medical CT scanners. In X-ray vacuum tubes with temperatures as high as 300 to 500°C, the bearings can continue to run, which plays a role in safeguarding our health.

See the world of bearings from the shape “aligning ball bearings”

Spherical roller bearings are equipped with drum-shaped roller bearings between the inner ring with two raceways and the outer ring with spherical raceways. The curvature center of the outer ring raceway surface is consistent with the bearing center, so it has the same centering function as the self-aligning ball bearing. Large radial load capacity, suitable for heavy load and shock load. The inner diameter of the inner ring is a bearing with a tapered bore, which can be directly installed. Or use an adapter sleeve or a disassembly tube to install it on the cylindrical shaft. The cage uses a steel stamping cage, a polyamide forming cage and a copper alloy car cage.

The basic structure of the bearing with inner ring is the same as that of the NU cylindrical roller bearing, but due to the use of needle rollers, the volume can be reduced and can withstand large radial loads. The bearing without inner ring should use the mounting surface of the shaft with appropriate accuracy and hardness as the mounting surface The raceway surface is used. 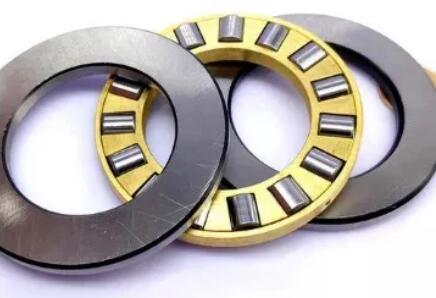 This type of bearing is equipped with truncated cone-shaped rollers, which are guided by the large ribs of the inner ring. In the design, the vertices of each conical surface of the inner ring raceway surface, the outer ring raceway surface and the roller rolling surface intersect at a point on the center line of the bearing. Single-row bearings can bear radial loads and unidirectional axial loads, and double-row bearings can bear radial loads and bidirectional axial loads, and are suitable for bearing heavy loads and shock loads.

This type of bearing is equipped with spherical rollers between the outer ring of the spherical raceway and the inner ring of the double raceway. According to the difference of the internal structure, it is divided into four types: R, RH, RHA and SR. Since the arc center of the outer ring raceway is consistent with the bearing center, it has self-aligning performance, so it can automatically adjust the shaft center misalignment caused by the deflection or misalignment of the shaft or housing. It can bear radial load and bidirectional axial load. Especially the radial load capacity is large, suitable for bearing heavy load and shock load. Tapered bore bearings can be assembled and disassembled on the shaft by using fasteners or withdrawal sleeves. Spherical roller bearings can withstand large radial loads and at the same time can withstand certain axial loads. The outer ring raceway of this type of bearing is spherical, so it has self-aligning performance. When the shaft is bent or tilted and the center line of the inner ring and the center line of the outer ring are not more than 1°～2.5°, the bearing can still work. . 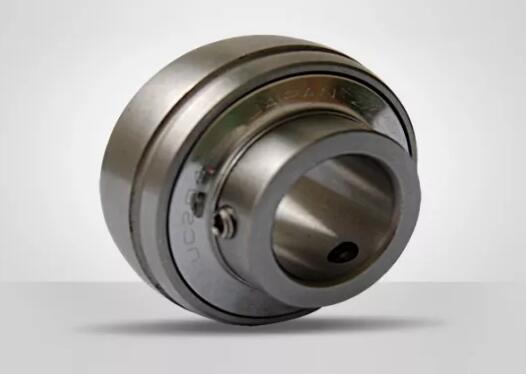 Outer spherical bearings are preferentially suitable for occasions that require simple equipment and parts, such as agricultural machinery, transportation systems or construction machinery.

It is mainly used to bear the combined radial and axial load, which is mainly the radial load. Generally, it is not suitable to bear the axial load alone. This type of bearing can be installed with an inner ring (with a full set of rollers and retainers) and an outer ring separately. This kind of bearing does not allow the shaft to be tilted relative to the housing, and additional axial force will be generated when the radial load is used. The size of the axial clearance of this kind of bearing has a great influence on whether the bearing can work normally. When the axial clearance is too small, the temperature rise is higher; when the axial clearance is large, the bearing is easy to be damaged. Therefore, special attention should be paid to adjusting the axial clearance of the bearing during installation and operation, and pre-interference installation can be used if necessary to increase the rigidity of the bearing.

Joint bearing has lubricating type and self-lubricating type. Joint bearing is a kind of sliding bearing with special structure. Its structure is simpler than that of a rolling bearing. It is mainly composed of an outer ring with an inner spherical surface, which can bear a larger load. According to an inner ring with an outer spherical surface and its different types and structures, it can bear radial load, shaft To load or a combined load that exists simultaneously in the radial and axial directions. Generally used for low-speed oscillating motion (that is, angular motion, or tilt motion (that is, centering motion) within a certain angle range, because the sliding surface is spherical motion), the support shaft and the shaft shell hole are not concentric When it is larger, it can still work normally. 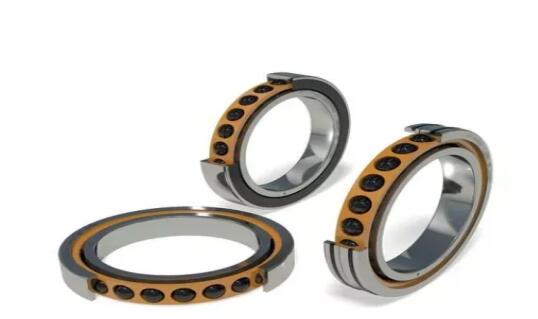