The Combination of Industrial Robot Age and CNC Machine Tool

The automotive industry has always been the most important field of robot application in the past. With the improvement of automation demand, the application of industrial robots has been further expanded. In addition to traditional welding applications, robots are used in machine tool loading and unloading, material handling and palletizing, grinding, cough coating, Assembly and other fields have also been widely used. Metal forming machine tools are an important part of machine tools. Forming processing is usually associated with high labor intensity, noise pollution, metal dust, etc. Sometimes in high temperature, high humidity and even polluted environments, the work is simple and boring, and it is difficult for enterprises to recruit people. The integration of industrial robots and forming machine tools can not only solve the problem of enterprise employment, but also improve processing efficiency and safety, and improve processing accuracy, which has a lot of room for development.

There are two main ways to integrate robot bending applications. One is the bending machine as the center, the robot is equipped with a vacuum suction cup, and the magnetic force divides the feeding frame, the positioning table, the unloading table, and the auxiliary turning frame to form a bending unit. The second is a flexible sheet processing line formed by robots and laser equipment or CNC turntable punches, industrial robot walking shafts, sheet material transmission lines, positioning tables, and vacuum suction cup grippers. The platform realizes seamless connection, develops a bending software package, and realizes closed-loop control of the robot support during the bending process. At different bending speeds, the robot achieves full tracking of automatic matching, and the bending software package also shortens the teaching time of bending from the past 2-3 days to 2-3 hours. It is well used in the processing of switch cabinets, file cabinets, elevators, security doors, etc.

There are two main ways to integrate robots and press stamping applications. First, the single robot presses and unloads the sheet through the robot to move the sheet from the unstacking table to the positioning table, and then moves it to the press mold for stamping after positioning. A press robot automatically loads and unloads. The second is the robot punching connection; the punching connection is established between multiple presses by multiple robots. According to the requirements of the nine-work workpiece forming process, it needs to be processed in multiple presses. The entire production line is composed of depalletizing robots. The feeding robot, the transfer and handling robot between the presses, and the line robot are composed. Compared with the manipulator with the first line coordinate, the industrial robot is more flexible, has no high requirements on the mold, and is easy to integrate. Estun uses the autonomous press control system and the robot control system to seamlessly connect, so that the robot’s action and the press can be optimally coordinated, and the field bus is used to maximize the efficiency and safety of the entire production line

The hot die forging production line usually consists of two die forging presses, one for stamping and the other for trimming. The integrated application of hot die forging robots is usually equipped with two robots, and one is responsible for processing the high-temperature materials in the intermediate frequency furnace. It is stably sent to the stamping and forming die-like press, and the other is responsible for taking the material from the stamping and forming cross section press and then transferring it to another die forging press for trimming. In order to prevent the high-temperature stamping workpiece from sticking to the tank, it is necessary to make graphite tears trickle on the tool after each stamping. The lubrication can be completed by a robot or a special mechanism can be used. Because the forging is high temperature and high humidity and has graphite lubrication. In the harsh fog environment, special attention should be paid to the protection work of the robot and the anti-hot radiation ability of the robot itself. The 4-5-6 axis motor of Estun’s robot has the structural feature of keeping itself away from heat radiation at the connection between the robot’s forearm and forearm. . The electronic cam control system is installed in the die forging press, so that the operation of the die forging press is coordinated with the operation of the robot, so as to improve the processing efficiency and improve the safety of the system.

Robots are typical representatives of advanced manufacturing technology and automation equipment, and intelligent industrial equipment has become the basis for the upgrading and transformation of the global manufacturing industry. The integrated application of industrial robots and numerically controlled beds enables the enablers to adapt to digital workshops and smart factories from concept to reality. 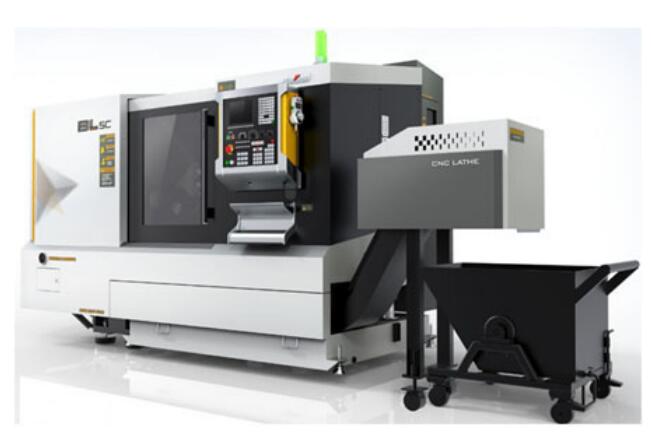