What characteristics will affect the sawing performance of metal materials? 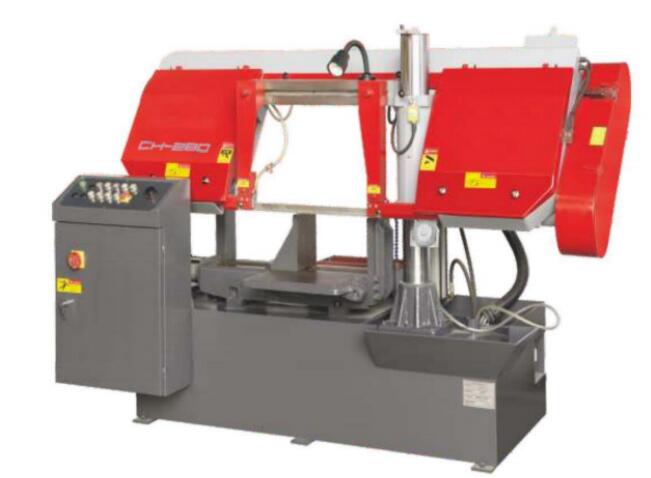 01. Strength and hardness of the material

In addition, it is not that the lower the hardness of the material, the better the processing. Some metals such as low carbon, pure iron, and pure copper have low hardness, but have high plasticity and are not easy to process. Steels with moderate hardness are better processed, such as No. 45 steel. Although No. 10 steel is softer than No. 45 steel, the difficulty of sawing is greater than that of No. 45 steel. In order to obtain better processing surface quality, some users will appropriately increase the hardness of the material to facilitate processing.

In some materials, the material of the cut layer produces severe plastic deformation during the sawing process, which leads to hardening of the surface to be cut. After the material is work hardened, its hardness is much higher than the original hardness, causing wear of the tooth tip. Therefore, the more serious the work hardening phenomenon, the shorter the tool life, that is, the worse the workability of the material. Materials such as stainless steel and alloy materials have the characteristics of work hardening.

There are often a certain number of fine and hard inclusions in the metal structure, these inclusions have relatively high hardness), which causes severe abrasive wear on the tool, thereby reducing the machinability of the material.

Toughness is expressed by impact value. Materials with greater toughness absorb more work during cutting deformation, so the cutting force and cutting temperature are higher, and they are not easy to break chips, which affects the sawing workability. Some alloy structural steels are not only stronger than carbon structural steels, but also have higher impact values, so they are more difficult to process.

The greater the plasticity of the material, the greater the plastic deformation during cutting, the higher the cutting temperature, and the tool is prone to bonding wear and diffusion wear. When cutting materials with high plasticity at low speeds, it is easy to produce chip edges, which affect the quality of surface processing, and materials with high plasticity are not easy to cut when cutting. However, when processing materials with too low plasticity, they become brittle materials, and the cutting force and cutting heat are concentrated near the cutting edge, aggravating the wear of the tool, and also affecting the machinability. For example, the hardness of 1Cr18NiTi stainless steel is similar to that of 45 steel, but its plasticity is very large, so its processing difficulty is much greater than that of 45 steel.

The sawing performance of many stainless steel materials with thin-walled holes is also worse than that of conventional solids. The main reason is that the intermittent cutting brings greater impact force and more impact force to the tooth tip. At this time, the user needs to choose the tooth carefully. Shape and parameters.

06. Other properties of the material

Some other properties also have a certain influence on the machinability. For example, materials with a large linear expansion coefficient will expand and contract during processing, and the size of the workpiece will vary greatly, so it is not easy to control the accuracy. The material with low elastic modulus has a large elastic recovery during the forming process of the processed surface, and it is easy to cause strong friction with the flank surface. The chemical properties of certain materials also affect the machinability to a certain extent. For example, when cutting magnesium alloy, the powdery debris is easy to oxidize and combust. When cutting titanium alloys, oxygen and nitrogen are easily absorbed from the atmosphere at high temperatures to form hard and brittle compounds, which make the chips into short fragments. Cutting force and cutting heat are concentrated near the cutting edge, thereby accelerating the wear of the tooth tip.