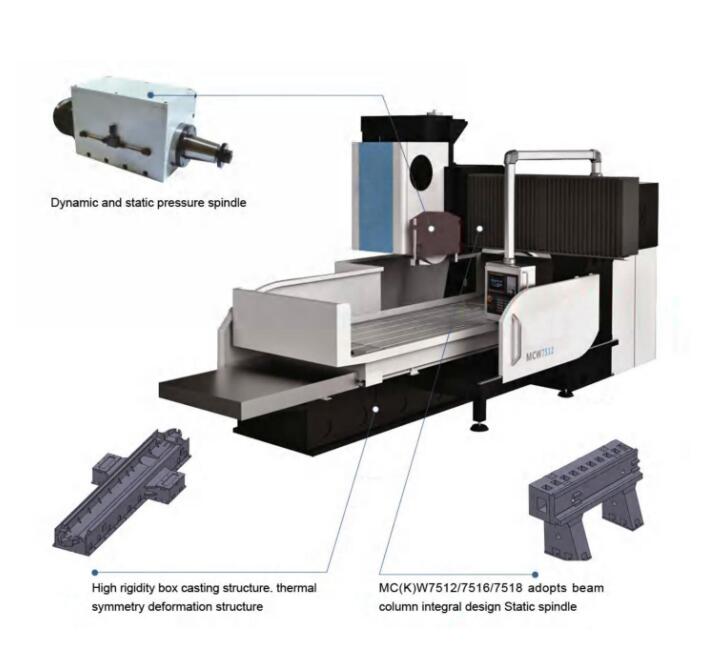 Geometric accuracy of grinder:
It refers to the movement accuracy and mutual position accuracy of each part without bearing the load. It is impossible to make a machine tool absolutely accurate, and there are always more or less inevitable errors. This kind of error will be reflected to the workpiece to varying degrees during the processing of the workpiece, and affect the processing accuracy of the workpiece. Generally, there are radial runout and axial runout of the main shaft, the straightness of the movement of moving parts such as the worktable, and the mutual position error and transmission error of the working parts.

The stiffness of the grinder:
It refers to the ability of the parts to resist deformation when the grinder bears external force (grinding force). That is, under the same grinding force, the smaller the deformation of the part, the greater the rigidity. On the contrary, the deformation of the component is large, which means that the rigidity of the component is small. The magnitude of these deformations destroys the original static geometric accuracy of the grinder, and will cause the size of the machining error of the workpiece. Therefore, the machine tool with good rigidity has high machining accuracy of the workpiece.