The development of five-axis technology

However, five-axis linkage CNC is the most difficult and widely used technology in CNC technology. It integrates computer control, high-performance servo drive and precision machining technology, and is used in the efficient, precise and automated machining of complex curved surfaces. Internationally, the five-axis linkage numerical control technology is regarded as a symbol of the automation technology level of a country’s production equipment. Because of its special status, especially its important influence on aviation, aerospace, military industry, and technical complexity, western industrialized countries have always implemented the export license system for the five-axis CNC system as a strategic material. 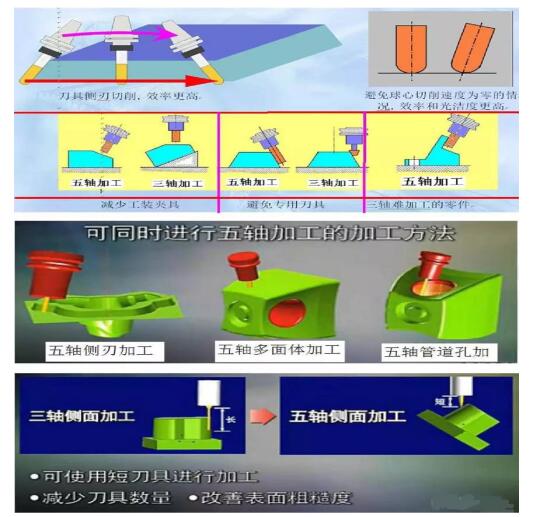 However, due to interference and position control of the tool in the machining space, five-axis CNC machining has a much more complicated CNC programming, CNC system and machine tool structure than a three-axis machine tool. Therefore, the five-axis is easy to say, but it is really difficult to realize it! In addition, it is more difficult to operate well! 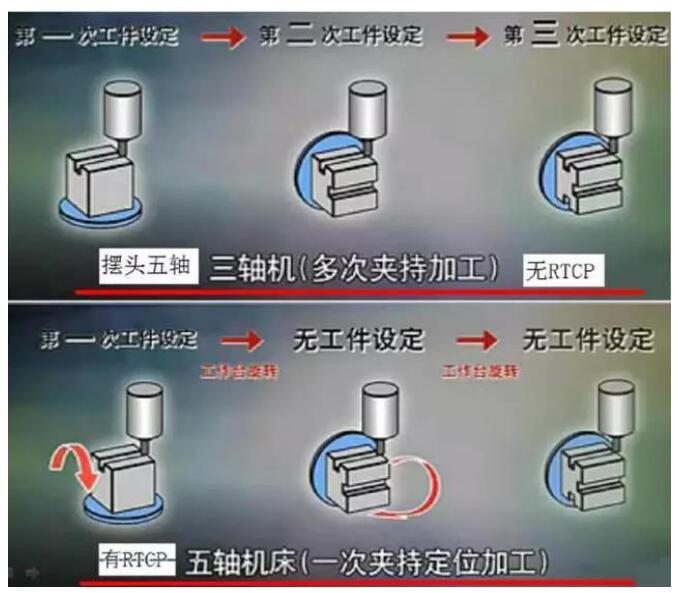 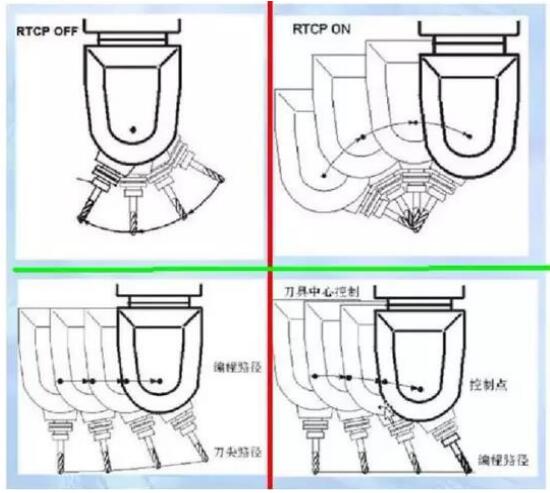 In order to achieve the purpose of allowing the tool holder to simply rotate around the target trajectory point (ie the tool center point) when executing the RTCP function, it is necessary to compensate for the offset of the linear coordinates of the tool center point caused by the rotation of the tool holder in real time. It can change the angle between the tool holder and the normal at the actual contact point of the tool and the workpiece surface while keeping the tool center point and the actual contact point of the tool and the workpiece surface unchanged, so as to play the best cutting of the ball nose tool. Efficiency, and effectively avoid interference and other effects. Therefore, RTCP seems to be more standing on the tool center point (that is, the target trajectory point of the numerical control code) to deal with the change of the rotation coordinate. To
Five-axis machine tools and numerical control systems that do not have RTCP must rely on CAM programming and post-processing, and plan the tool path in advance. For the same part, if the machine tool is changed, or the tool is changed, CAM programming and subsequent processing must be performed again. It is called fake five-axis, and many domestic five-axis CNC machine tools and systems belong to this kind of fake five-axis.